Greenland, the largest island in the world not considered its own continent, lies above the Arctic Circle with the exception of its Southern tip. Ice—the Greenland Ice Sheet—is everywhere but is rapidly becoming a major contributor to sea level rise as it melts because of climate change. Now, a new study shows that the resulting freshwater (or meltwater) runs off to the ocean taking along an unexpected and toxic companion—mercury, a chemical that when transformed into methylmercury bioaccumulates and biomagnifies in fish, shellfish, and animals that eat fish, causing nervous system damage and other deleterious effects in humans and wildlife.

END_OF_DOCUMENT_TOKEN_TO_BE_REPLACED

A month after the death of Henry David Thoreau, The Atlantic published his 1862 essay “Walking,” which “extolled the virtues of immersing oneself in nature and lamented the inevitable encroachment of private ownership upon the wilderness.” It included Thoreau’s famous line “In wildness is the preservation of the world”—eight powerful words that played a major role in saving places such as Yosemite and Cape Cod from human-caused environmental destruction, inspiring the creation of the US National Parks system. Upon signing the US Wilderness Act in 1964, President Lyndon B. Johnson stated: “If future generations are to remember us with gratitude rather than contempt, we must leave them more than the miracles of technology. We must leave them a glimpse of the world as it was in the beginning, not just after we got through with it.” END_OF_DOCUMENT_TOKEN_TO_BE_REPLACED 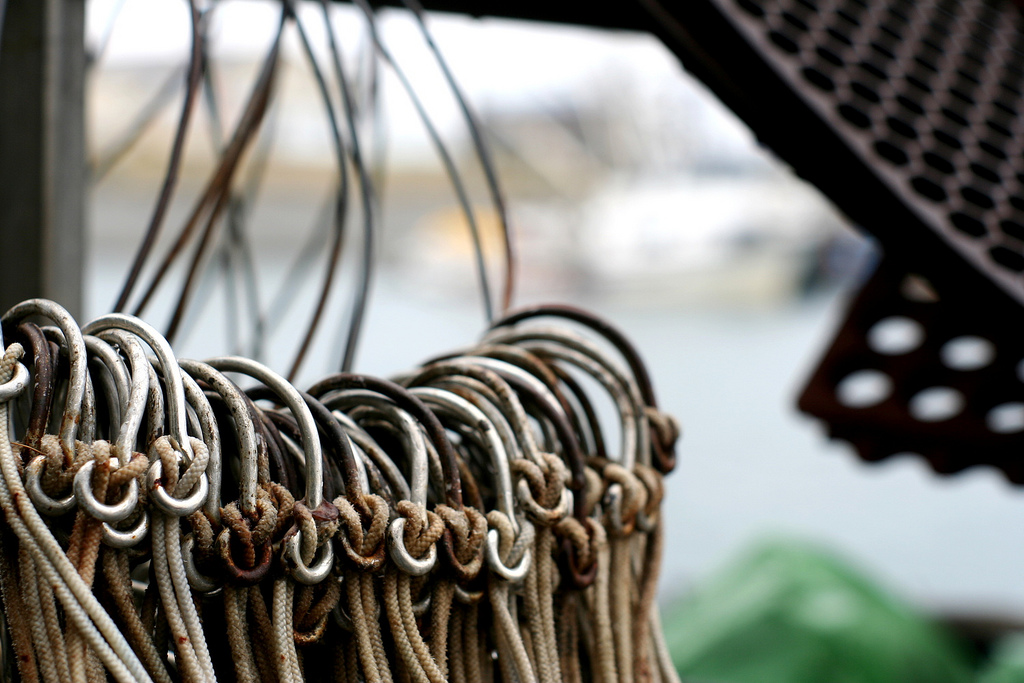 According to the Food and Agriculture Organization of the United Nations (FAO), globally, the fraction of fish stocks that are within biologically sustainable levels has exhibited a decreasing trend, from 90.0 percent in 1974 to 66.9 percent in 2015. Further compounding this, the percentage of stocks fished at biologically unsustainable levels increased from 10 percent in 1974 to 33.1 percent in 2015, with the largest increases in the late 1970s and 1980s, and a slight decline in 1996. However, a study published in 2016 shows that we catch much more fish than estimated by the FAO. Daniel Pauly, lead author of the study, told The Guardian: “Our results differ very strongly from those of the FAO. Our results indicate that the decline is very strong and is not due to countries fishing less. It is due to countries having fished too much and having exhausted one fishery after another.” END_OF_DOCUMENT_TOKEN_TO_BE_REPLACED

END_OF_DOCUMENT_TOKEN_TO_BE_REPLACED

The original dream of three separate but equal pillars of sustainability has become a fallacy; the triple bottom line is dead. The essence of sustainability in practice is to act with increased resilience in mind, and in all aspects of living, working, and playing in a social-ecological landscape. The thrust of the Sacramento meeting is to seek a realignment between economic development and ecological and societal stewardship. Our session, to be held Tuesday afternoon, will present practical and theoretical aspects of corporate and community approaches to sustainability and resilience. I encourage you to read the abstracts available on the meeting website. For this blog I’d like to speak more to the topic of the ending segment of our session, a debate titled “The sustainability triple bottom line is dead—should we take it off the respirator?” We won’t actually be debating the topic in depth, as it is much too late to rehabilitate the idea. Instead, we will

host an Irish wake for the triple bottom line (TBL), and toast an old friend whose time has come and gone. Why we feel this way will take some explanatory background on economics, ecology, societal equity, and systems approaches. END_OF_DOCUMENT_TOKEN_TO_BE_REPLACED

Many advocates of environmental policy see the Trump administration’s view of the environment and the U.S. Environmental Protection Agency as a setback that dims the prospects for new and stronger environmental laws. Consequently, some state and local governments are picking up the slack. For example, California recently expanded its cap-and-trade program for greenhouse gases, and the mayor of Atlanta vowed to meet his city’s commitments to lower carbon dioxide emissions, despite the President’s decision to withdraw from the Paris climate accord. In this current complex landscape, economic theory can contribute valuable insight when designing climate and environmental policies at the federal, state, or local level. In particular, economic theory suggests that market-based environmental policies may provide clear advantages when compared to command-and-control policies. Let me explain why.

END_OF_DOCUMENT_TOKEN_TO_BE_REPLACED

“Like diamonds, plastics are forever,” began a recent New York Times editorial. Or are they? No one knows exactly how long it takes for conventional plastics to completely degrade—it could be hundreds or thousands of years. In other words, a very long time. Even when broken down, plastics persist as tiny bits called microplastics.

The first global analysis of the production, use, and fate of all plastics ever made was published in July 2017. The study shows that by 2015, humans generated 8.3 billion metric tons of plastics. Of these, 6.3 billion tons had already become waste. Only 9% of the waste was recycled, 12% was incinerated, and 79% accumulated in landfills or the natural environment. These staggering numbers explain why it is necessary to find strategies to degrade accumulated plastics.

A 2017 study published in Current Biology raised considerable interest in those seeking to limit the impact of plastic pollution. Science journalists jumped on the wagon, and rightly so—the study results promised a possible solution to the accumulation of plastic bags. Worldwide, one trillion plastic bags are used each year, 380 billion of which are used in the United States alone. Most plastic bags are not recycled. Journalists were also captivated by the story leading to the study, which was widely reported in the news.

END_OF_DOCUMENT_TOKEN_TO_BE_REPLACED

What are microplastics and why should we care about them?

Even though microplastics are small, there are concerns they can cause serious damage. Animals that confuse microplastics for food can end up with internal lacerations, inflammation, and nutrient deficiency caused by eating too much inedible material. Microplastics are also widely spread across the globe—scientists calculated that up to 90% of marine birds have ingested microplastics.

END_OF_DOCUMENT_TOKEN_TO_BE_REPLACED

Circular economy, LCA, and the environment 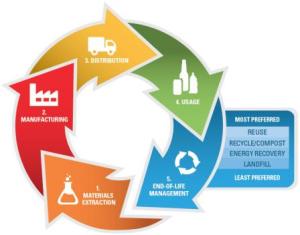 As we consumers become more aware of how the products we buy and use impact the health of the environment, companies are also looking for ways to make more sustainable products using materials with a more positive environmental impact. Life cycle analysis (LCA) is a way for environmental scientists to clarify the environmental impacts of a material or product. A circular economy is a system of production and consumption that is powered by renewable energy. A clean circular economy also focuses on eliminating toxic chemicals and closing material loops through better design, maintenance, repair, reuse, refurbishing, and recycling. END_OF_DOCUMENT_TOKEN_TO_BE_REPLACED

The widespread loss of honeybee populations in Europe and the reduced numbers of wild bees in other countries sparked concern among scientists, policymakers, and farmers all across the world. Recent research conducted on historical field data found a potential connection between the use of certain insecticides and changes in wild bee populations. This was especially true for species that are known to visit flowering crops like oil seed rape.