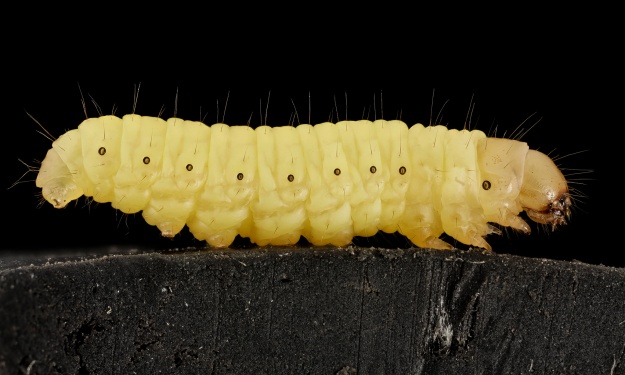 “Like diamonds, plastics are forever,” began a recent New York Times editorial. Or are they? No one knows exactly how long it takes for conventional plastics to completely degrade—it could be hundreds or thousands of years. In other words, a very long time. Even when broken down, plastics persist as tiny bits called microplastics.

The first global analysis of the production, use, and fate of all plastics ever made was published in July 2017. The study shows that by 2015, humans generated 8.3 billion metric tons of plastics. Of these, 6.3 billion tons had already become waste. Only 9% of the waste was recycled, 12% was incinerated, and 79% accumulated in landfills or the natural environment. These staggering numbers explain why it is necessary to find strategies to degrade accumulated plastics.

A 2017 study published in Current Biology raised considerable interest in those seeking to limit the impact of plastic pollution. Science journalists jumped on the wagon, and rightly so—the study results promised a possible solution to the accumulation of plastic bags. Worldwide, one trillion plastic bags are used each year, 380 billion of which are used in the United States alone. Most plastic bags are not recycled. Journalists were also captivated by the story leading to the study, which was widely reported in the news.

END_OF_DOCUMENT_TOKEN_TO_BE_REPLACED

What are microplastics and why should we care about them?

Even though microplastics are small, there are concerns they can cause serious damage. Animals that confuse microplastics for food can end up with internal lacerations, inflammation, and nutrient deficiency caused by eating too much inedible material. Microplastics are also widely spread across the globe—scientists calculated that up to 90% of marine birds have ingested microplastics.

END_OF_DOCUMENT_TOKEN_TO_BE_REPLACED

Microplastics—the tiny bits of plastic that are now infamously and ubiquitously present in the world’s waterways—are polluting aquatic life and ending up in our food supply. As evidence of the damage that microplastics inflict on aquatic life accumulates, so does the amount of microplastics dispersed in oceans, seas, lakes, and rivers. Virtually indestructible in natural environments, these tiny bits of plastic contain a combination of very small particles—microparticles and nanoparticles—that derive from the breakdown of larger plastic items, for example plastic bags and bottles, and include, among others, pre-production plastic pellets (the so-called nurdles), microbeads from personal care products, and microfibers from textiles.