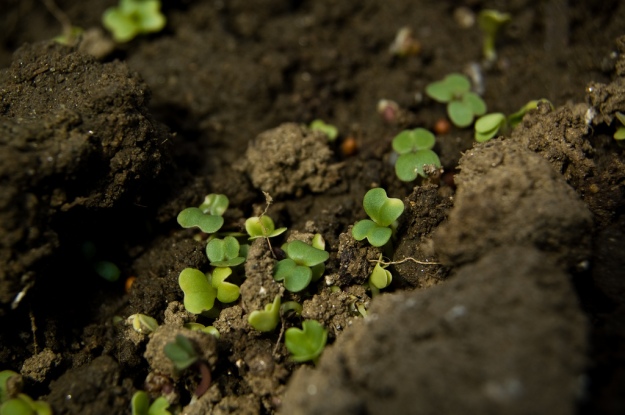 What’s in soil? Water, air, sand, silt, clay, and organic matter. What’s in organic matter? Humus, earthworms, insects, bacteria and, we just learned, giant viruses. As their name implies, these viruses are big—their dimensions and genome sizes are comparable to those of bacteria. A study (Hidden diversity of soil giant viruses) published this month in Nature Communications describes the unexpected discovery of 16 previously unknown giant viruses in one very small soil sample from the woods of Harvard Forest in Petersham, Massachusetts. 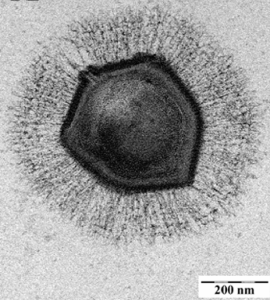 “This is the first time giant viruses have been discovered in a forest ecosystem, and the amazing diversity in just a thimble of soil suggests that we have just begun to understand their biodiversity and role in soil ecosystems,” said Jeffrey Blanchard, a study co-author. The researchers gave the new viruses names that reflect their forest origin, such as “Dasovirus” (Greek “daso” for forest), and “Solumvirus” (Latin “solum” for soil). Blanchard said that finding 16 giant viruses at once in such a small amount of soil is overwhelming, as none of them are the same. “If you think of all the soil in the world, if there are 10,000 species of bacteria in a gram of soil, about a teaspoon, imagine how many new giant viruses are out there.”

The Harvard Forest, located about 28 miles northeast of the University of Massachusetts Amherst campus, is the site of ongoing, long-term soil-warming experiments that have been carried out for several years. Heating cables similar to those used to keep football and soccer fields from freezing are buried about 4 inches under several plots. The cables keep the soil surface 5 degrees Celsius warmer than the ambient temperature, creating an outdoor laboratory of artificial climate change. The researchers were not looking for giant viruses. Their goal was to isolate bacteria directly from the environment to understand how microbial communities change in response to soil warming.

The newly discovered giant viruses add to a growing list of similar organisms, which are usually found in aquatic habitats such as freshwater, seawater and wastewater, but have also been described in terrestrial environments, including permafrost. They were first described in 2003 when researchers identified the Mimivirus, a pathogen of amoebae that for years had been considered a bacterium. In fact, giant viruses are calling for a reclassification of life on Earth. 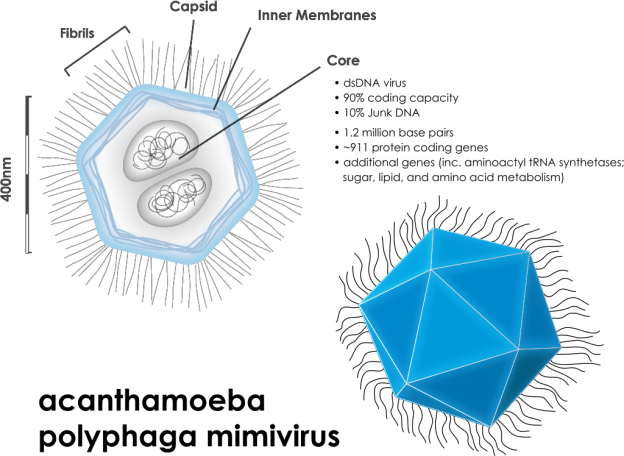 Since the mid-1970s, living organisms have been divided into three domains: eukaryotes, bacteria, and archaea. Viruses were left off the tree of life because they do not possess the ribosomal genes typically used in phylogenetic analyses, and they are still largely considered to be nonliving biomolecules. However, the existence of giant viruses challenges these views and underscores new concepts in biology. According to Didier Raoult, who identified the Mimivirus, “Now, with the advent of whole-genome sequencing, researchers are beginning to realize that most organisms are in fact chimeras containing genes from many different sources—eukaryotic, prokaryotic, and viral alike—leading us to rethink evolution, especially the extent of gene flow between the visible and microscopic worlds.” 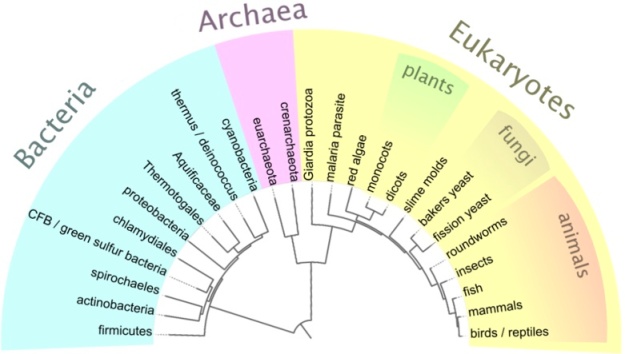 Frederik Schulz, lead author of the Harvard Forest study, said: “We recovered 16 distinct giant virus genomes in this study, but we are merely scratching the surface. If we sample more at the same site this number would easily double, triple or even quadruple.”

There is clearly much more to discover about the composition of the world’s soils and the universe of giant viruses.